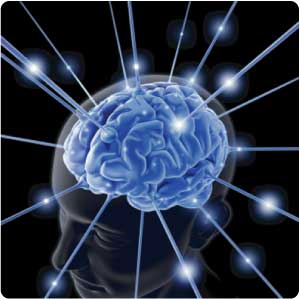 
and
Memory levels in computer

- The programs and data
that the CPU requires during execution of a
program are stored in this
memory.

- It is a volatile memory
as the data loses when the power is turned off.

-
Stores crucial information essential to operate the system, like the
program essential to boot the
computer.

- It is not volatile.

- Used in embedded systems
or where the programming needs no
change.

- Used in calculators and
peripheral devices.


Types of Read Only
Memory (ROM)

1-
PROM (Programmable read-only memory) – It can be programmed
by user. Once programmed, the
data and instructions in it cannot
be changed.

2- EPROM (Erasable
Programmable read only memory) – It can be
reprogrammed. To erase data
from it, expose it to ultra violet light.
To reprogram it, erase all the
previous data.

3- EEPROM (Electrically
erasable programmable read only memory) –
The data can be erased by
applying electric field, no need of ultra
violet light. We can erase
only portions of the chip.

- Permanent Storage: Primary Memory (RAM) is volatile, i.e. it loses
all information when the
electricity is turned off, so in order to
secure the data
permanently in the device, Secondary storage
devices are needed.

- Portability: Storage medium, like the CDs, flash drives can be used
to transfer the data from
one devive to another.

Fixed Storage: A Fixed storage is an internal media device that is used by a computer
system to store data, and usually these are referred to as the Fixed Disks drives
or the Hard Drives.

Fixed storage devices are literally not fixed, obviously these can be
removed from the system for repairing work, maintenance purpose, and also for
upgrade etc. But in general, this can’t be done without a proper toolkit to
open up the computer system to provide physical access, and that needs to be
done by an engineer.

Technically, almost all of the data i.e. being processed on a computer
system is stored on some type of a built-in fixed storage device.

Removable Storage:A Removable
storage is an external media device that is used by a computer system to store
data, and usually these are referred to as the Removable Disks drives or the
External Drives.

In a storage factors, the main benefit of removable disks is that they
can provide the fast data transfer rates associated with storage area networks
(SANs)

Magnetic media is coated with a magnetic layer which is magnetized in
clockwise or anticlockwise directions. When the disk moves, the head interprets
the data stored at a specific location in binary 1s and 0s at reading.

- Floppy Disk: A floppy disk is a flexible disk with a magnetic coating on it. It is
packaged inside a protective plastic envelope. These are one of the oldest type
of portable storage devices that could store up to 1.44 MB of data but now they
are not used due to very less memory storage.0

- Hard disk: A hard disk consists of one or more circular disks called platters
which are mounted on a common spindle. Each surface of a platter is coated with
a magnetic material. Both surfaces of each disk are capable of storing data
except the top and bottom disk where only the inner surface is used. The
information is recorded on the surface of the rotating disk by magnetic
read/write heads. These heads are joined to a common arm known as access arm.

Most of the basic types of hard drives contains a number of disk
platters that are placed around a spindle which is placed inside a sealed
chamber. The chamber also includes read/write head and motors. Data is stored
on each of these disks in the arrangement of concentric circles called tracks
which are divided further into sectors. Though internal Hard drives are not
very portable and used internally in a computer system, external hard disks can
be used as a substitute for portable storage. Hard disks can store data upto
several terabytes.

In optical storage media information is stored and read using a laser
beam. The data is stored as a spiral pattern of pits and ridges denoting binary
0 and binary 1.

- Compact Disk: A Compact Disc drive(CDD) is a device that a computer uses to read
data that is encoded digitally on a compact disc(CD). A CD drive can be
installed inside a computer’s compartment, provided with an opening for easier
disc tray access or it can be used by a peripheral device connected to one of
the ports provided in the computer system.A compact disk or CD can store
approximately 650 to 700 megabytes of data. A computer should possess a CD
Drive to read the CDs.

- DVD: It stands for Digital Versatile Disk or Digital Video Disk. It looks
just like a CD and use a similar technology as that of the CDs but allows
tracks to be spaced closely enough to store data that is more than six times
the CD’s capacity. It is a significant advancement in portable storage technology.
A DVD holds 4.7 GB to 17 GB of data.

- Blue Ray Disk: This is the latest optical storage media to store high definition
audio and video. It is similar to a CD or DVD but can store up to 27 GB of data
on a single layer disk and up to 54 GB of data on a dual layer disk. While CDs
or DVDs use red laser beam, the blue ray disk uses a blue laser to read/write
data on a disk.

Pen Drives: Pen Drives or Thumb drives or Flash drives are the recently emerged
portable storage media. It is an EEPROM based flash memory which can be
repeatedly erased and written using electric signals. This memory is
accompanied with a USB connector which enables the pendrive to connect to the
computer. They have a capacity smaller than a hard disk but greater than a CD.
Pendrive has following advantages:

Transfer Files: A pen drive being plugged into a USB port of the system can be used
as a device to transfer files, documents and photos to a PC and also vice
versa. Similarly, selected files can be transferred between a pen drive and any
type of workstation.

Portability: The lightweight nature and smaller size of a pen drive make it
possible to carry it from place to place which makes data transportation an
easier task.

Backup Storage: Most of the pen drives now come with a feature of having password
encryption, important information related to family, medical records and photos
can be stored on them as a backup.

Transport Data: Professionals/Students can now easily transport large data files and
video/audio lectures on a pen drive and gain access to them from anywhere.
Independent PC technicians can store work-related utility tools, various
programs and files on a high-speed 64 GB pen drive and move from one site to
another.

Memory hierarchy is a concept that is necessary for the CPU to be able to
manipulate data.

Computer memory is classified in this figure :

ü  Internal
register is for holding the temporary results and variables. Accessing data from
these registers is the fastest way of accessing memory.

ü  Cache is used by the CPU
for memory which is being accessed over and over again. Instead of pulling it
every time from the main memory, it is put in cache for fast access. It is also
a smaller memory, however, larger than internal register.